Venu Beyagudem, Jarek Gawor, Ranjan Kumar, and I (Heather Saunders) brought Game On! for its debut at DevOps Days in Raleigh, NC in early September.

DevOps days is a series of conferences across the world that covers topics of software development, IT infrastructure, and of course the DevOps principals that connect them and make them tick. Topics for speeches range from monitoring tool selection, to organizational culture. If you’re interested in seeing if DevOps days is coming near you, check out https://www.devopsdays.org.

IBM was a sponsor for the Raleigh conference, as well as a few others (find us in Ohio in November!), and wanted a little something more than just promotional material at the booth, so they asked if anyone might be able to present Game On! alongside the usual devops and developer tools.

As it turns out, Game On! was the perfect medium for engaging the attendees at the conference, who were mostly developers and devops professionals like us. They were interested in the game and the community around it. Once we explained that IBM was interested in helping developers learn in a fun and connected open source way, almost all the participants were interested in hearing more. A few even forgot that they had only approached the table to get their “conference passport” stamped in the first place.

I look forward to seeing how the game grows as a result of introducing it straight to developers at events like this, and am glad to have joined the Game On community myself! 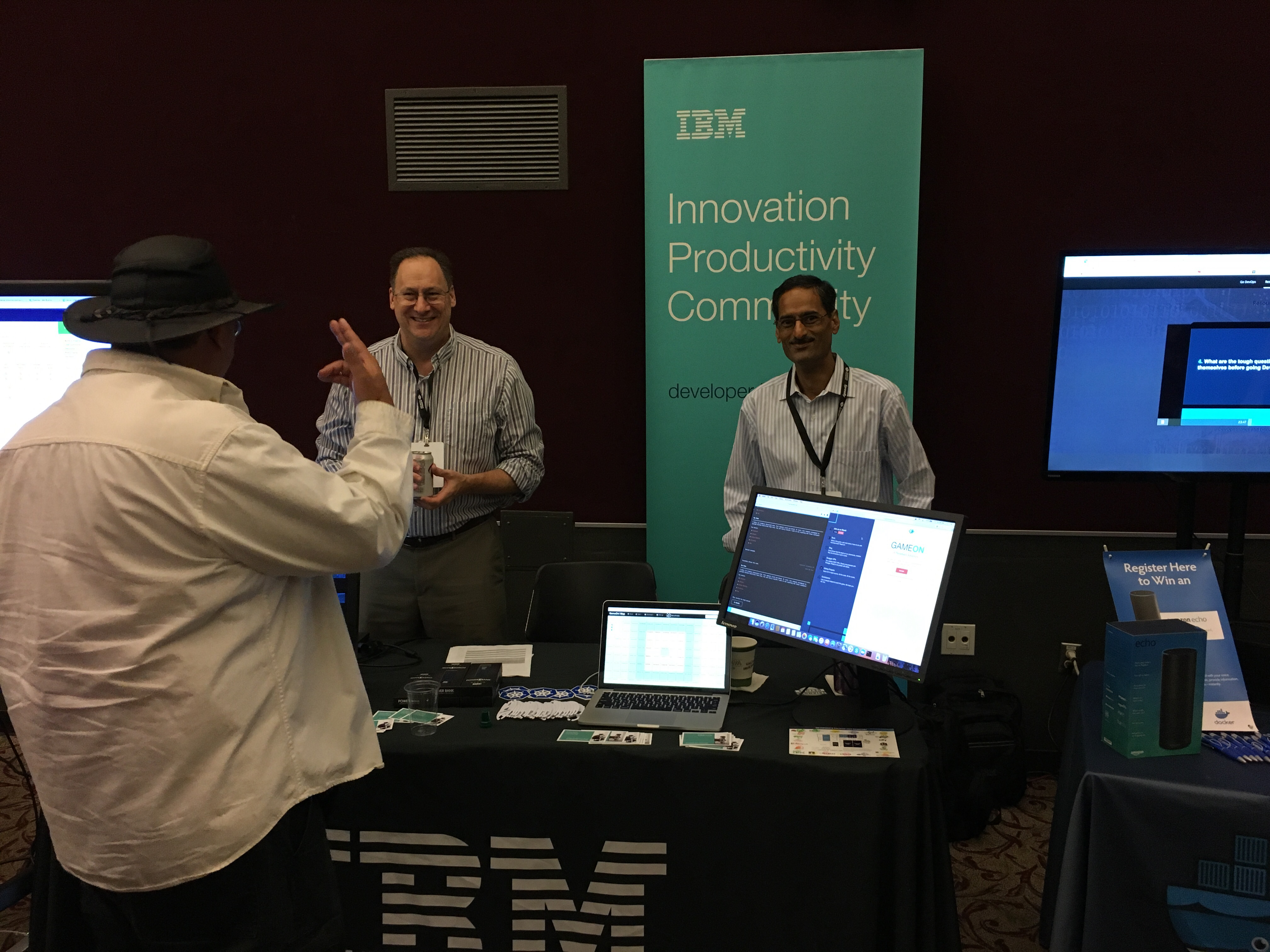